Pope Francis announced a year of St. Joseph in honor of the 150th anniversary of the saint’s proclamation as patron of the Universal Church!
According to the pope’s decree, this year began on December 8th, 2020, and concludes on December 8th, 2021.
A new Apostolic Letter from Pope Francis titled: Patris Corde (“With a Father’s Heart) marked the 150th anniversary of Blessed Pope Pius IX’s declaration of St Joseph as the Patron of the Universal Church.
In this letter, Pope Francis wrote about St. Joseph’s obedience, his tender love and acceptance for Mary and Jesus, and how hard working St. Joseph was.
While we know very little directly from St. Joseph, it’s through his humble silence and patience that we begin to recognize his greatness. Using the COVID pandemic as a backdrop, Pope Francis expounded upon this and elaborated on the importance of “ordinary people”. Not ordinary in the mediocre sense, but rather those that do not live in the spotlight, carry out God’s will each day.
In his letter, Pope Francis writes: “Each of us can discover in Joseph – the man who goes unnoticed, a daily, discreet and hidden presence – an intercessor, a support and a guide in times of trouble. Saint Joseph reminds us that those who appear hidden or in the shadows can play an incomparable role in the history of salvation. A word of recognition and of gratitude is due to them all.”
As one year comes to a close, a new one has already begun! Let us remember to always invoke St. Joseph, especially amidst troubling times of our lives. To live our lives trying to imitate his silent zeal and virtues. And to give thanks to the "ordinary people" who's tireless love and support may go unnoticed at times. 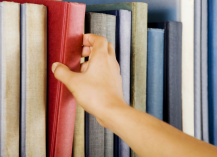 Our Parish Library is up and running!

We are no longer accepting donations. A list of the available titles and items is available below.

"To Be a Christian" - In our world today, we continue to ask the question that has been at the heart of our existence since its beginning: What does it mean to be human?

While the response to this question may sometimes seem to be beyond our reach, the Christian faith invites us to look again and discover that the answer is nearer to us than we could first imagine.

In this short film sponsored by the Salesian Center for Faith and Culture at DeSales University, inspired by the writings of St. Francis de Sales and the Second Vatican Council, explore through word, image, and sound the richness of the adventure of what it means to be human, lived in the fullness of Christian faith.

Additional resources, including local class and event schedules, are available under the Diocese of Allentown page. 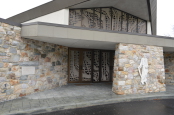 Join Us in Celebration!

Daily Mass, Monday through Saturday - 8:00 AM

Stay in touch through your email inbox - Sign up today to receive our weekly parish newsletter, as well as special Sunday editions and other pertinent information!

Sign Up Now
For Email Marketing you can trust.

to learn more about our Parish School

Diocese of Allentown - Latest Updates can be found by visiting